Call sheets can be elevated to a complex science requiring at least two PhDs. In contrast our call sheets were just simple google docs. We've set up a shared folder which every cast/crew could view. There is a nice app which allows viewing the document directly on your phone so that last minute updates directly show up on the phone. No messy e-mails. Just up to date pages. 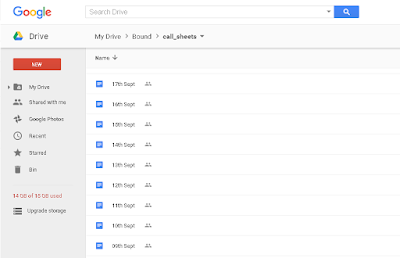 all call times were actual 1st take times. Actors could come whenever they liked as long as they were ready when I called "action". Also in terms of clothing that was the actors' responsibilty and that worked perfectly. 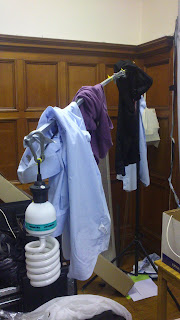